The Best Things to Do in Kiruna, Sweden: A Complete Guide

Kiruna is the northernmost city in Sweden and is located in the state of Norbotten. One of the most popular tourism centers in Swedish Lapland, Kiruna is especially popular during the winter months for its beautiful, pristine forests, rare native wildlife and, of course, the Northern Lights.

Here is everything you need to know about visiting Kiruna.

KIRUNA: A CITY IN MOTION

Kiruna was founded in the early 1900’s when iron ore was discovered in the region. Today Kiruna is home to Europe’s largest iron mine. The city, which grew around the iron mine, is a major industrial center in northern Sweden, as well as being host to a lively tourism industry. Kiruna’s population today is 22,000.

Kiruna’s history and culture is so important to northern Sweden. In recent years, a large amount of iron ore was discovered in the city’s center, so a large project is underway to preserve historic Kiruna, while allowing for the growth of what has made Kiruna thrive all these years–the iron industry.

With this project, 40 historical buildings and the iconic church, the symbol of Kiruna, will be moved and new construction created around the new city center. The completion date of the project is predicted to be 2035.

How Many Days Should I Spend in Kiruna?
We recommend that you stay in Kiruna a minimum of 4 nights to make sure that you will see the Aurora Borealis and your trip was worth it. Besides the Aurora, there are many activities you can do in Kiruna, especially in winter.

Activities we recommend you to do during your trip to Kiruna:

The Best Things to Do in Kiruna: 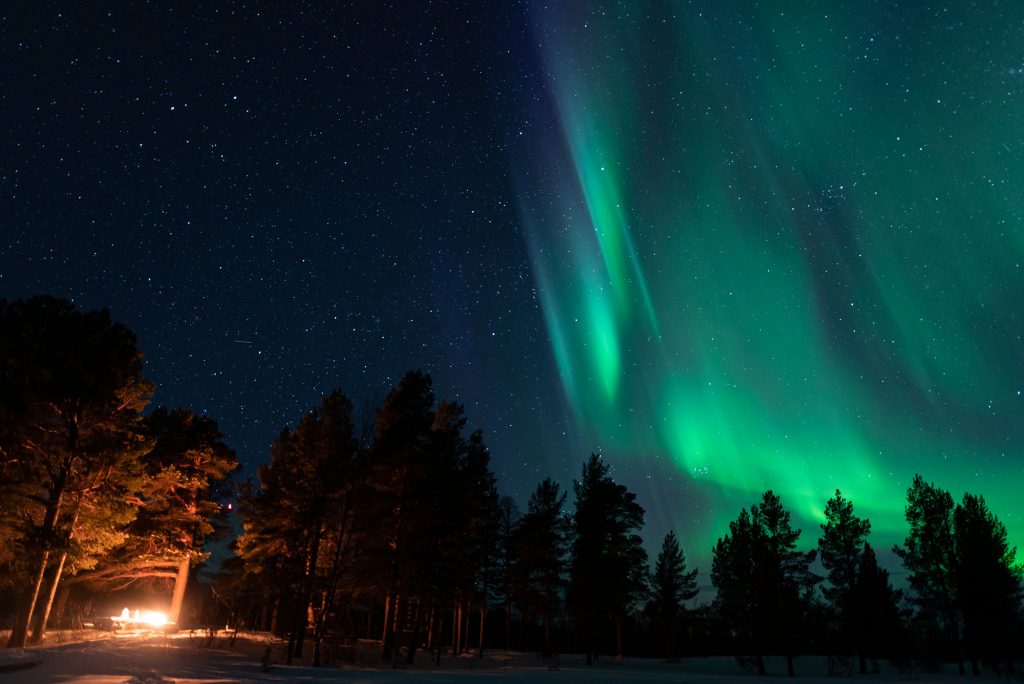 From Cristina: This is our tour, and of course we think it’s the best! We love showing off our beautiful country and hosting travelers from all over. Check out our tour page to learn more, we look forward to meeting you! 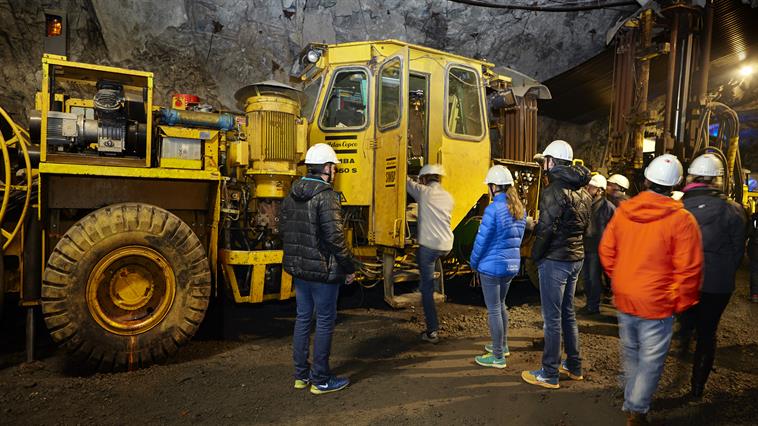 VISIT THE IRON MINE IN KIRUNA

In Kiruna you can visit the world’s largest underground iron-ore mine, which is the biggest reason for the birth and development of the city.

The Kiruna iron-ore mine tour can be booked at the tourist office website. You will go into the mountain and down to the show mine LKAB’s Visitor Centre situated 540 metres (about a third of a mile) below the surface of the earth.

From Cristina: The iron industry is so important to the culture of Northern Sweden. The mine in Kiruna goes all the way down to 1365 metres (a little under one mile) below the surface! 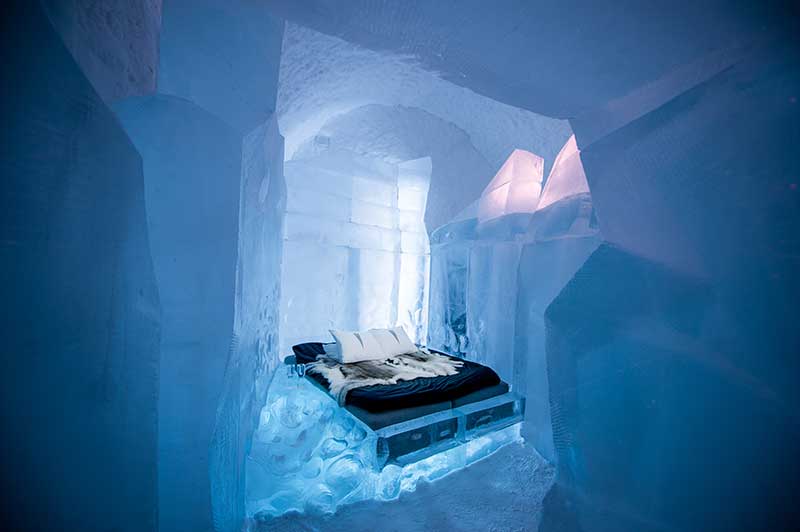 The world’s first Ice Hotel is located in the village of Jukkasjarvi, 15 minutes from Kiruna. The Ice Hotel consists of 2 parts, Ice Hotel 365 and the Ice Hotel which is rebuilt every year. Ice Hotel 365 is open all year and has ice suite rooms and an Ice Bar.

Every winter, a new Ice Hotel is built and it hosts guests until the beginning of April. The project, built from large chunks of ice cut from the Torne River, showcases the work of many local artists and is a once in a lifetime experience.

Are you ready to sleep in an ICE HOTEL? You can book your room here! Or you can just visit the rooms 😉 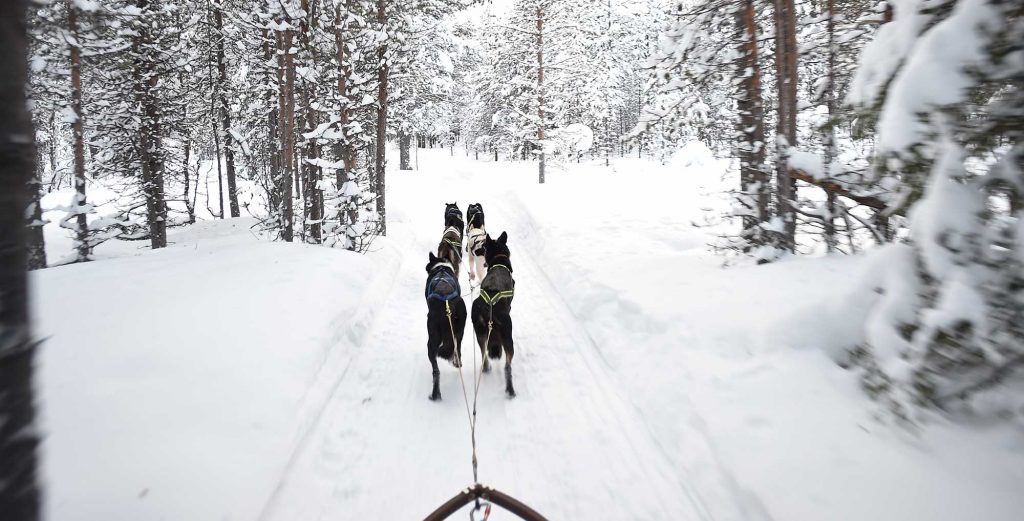 Dog sledding is one of the most classic activities to do in Lapland. You will go on an amazing journey in Swedish Lapland with Alaskan huskies. You can either ride your own team on a dog sledding tour or you can head out on a sled driven by a guide to relax and enjoy this unique experience.

This is one of our favorite things to do in Kiruna!

You can book this activity with our friends of Husky Tours Lapland.

From Cristina: We highly recommend Husky Tours Lapland, as we have gotten to know all of their 89 amazing dogs! We visit as often as we can, and always take our family and friends to visit the kennel and take an adventure on a dog sled. 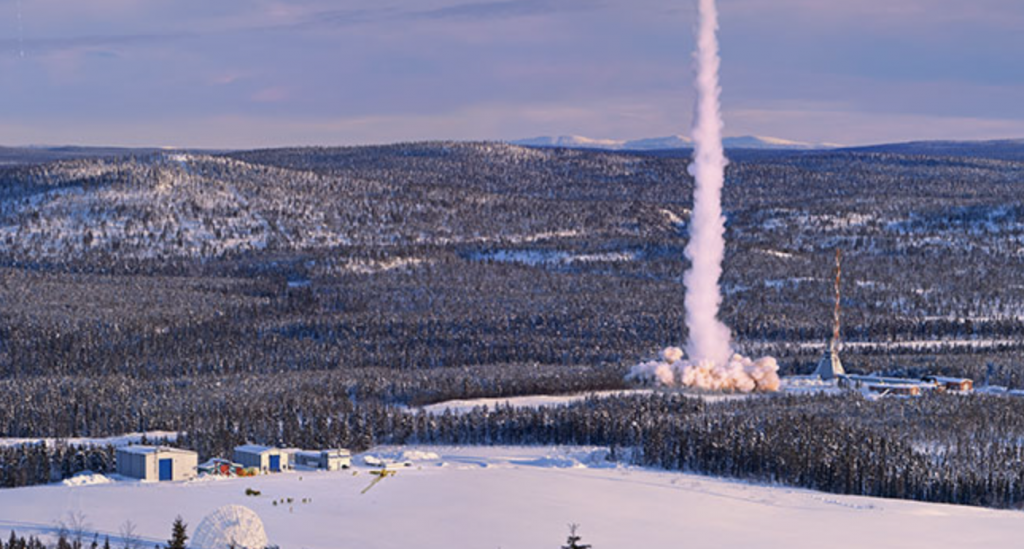 Esrange Space Center was built in 1966 and is presently used by the international scientific community for launching rockets for atmospheric and microgravity research, as well as high altitude balloons for astronomy research and drop tests of space and aerial vehicles.

Esrange is also home to one of the world’s largest civilian satellite ground stations and acts as a hub in Sweden’s national satellite station network. 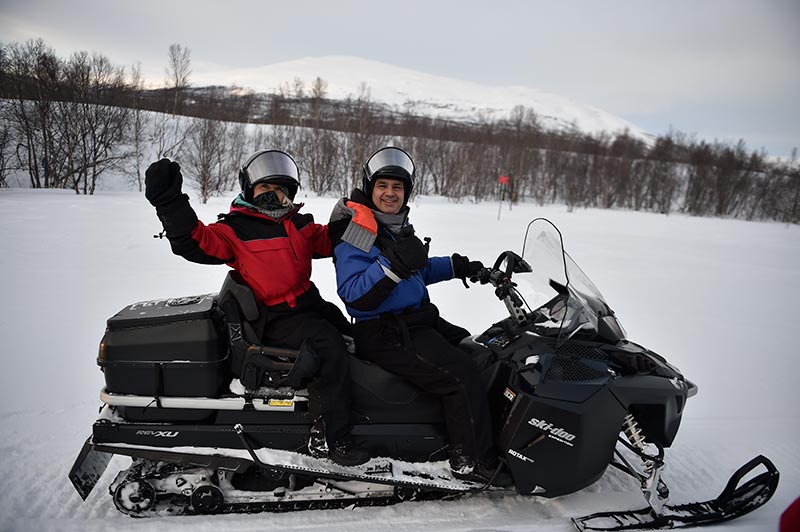 Snowmobiles are one of Lapland’s most important means of transport. We do not have many roads in the area, so some of the most beautiful spots are only reachable by snowmobile or other off-road adventure.

There are so many snowmobile tours to choose from, you can take a tour to see frozen lakes to boreal forests and more. A snowmobile tour is an absolute must do in Kiruna if you want to discover its surroundings and explore outside the city center. 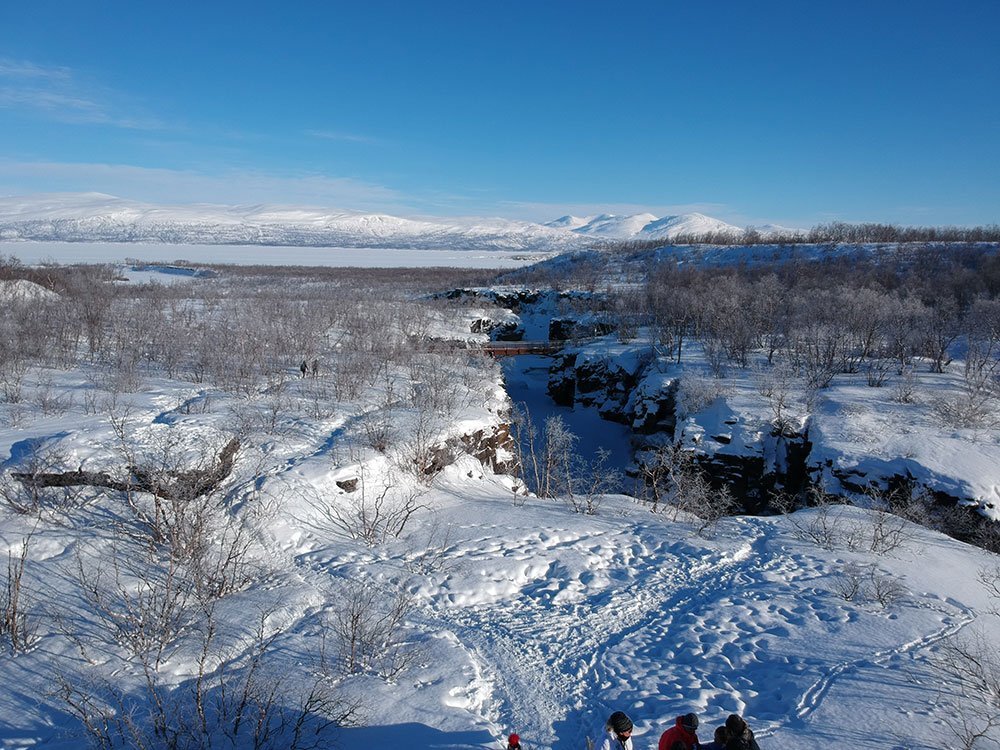 During your stay in Kiruna, you can head to Abisko National Park, the best place in the world to see the Northern Lights thanks to its own unique microclimate, known as the “Blue Hole of Abisko.”

Only hour away from Kiruna by train, Absiko National Park is the starting point of Kungsleden, Sweden’s most famous hiking route. Here you can hike, explore the beautiful nature surrounded by mountains and see some of Swedish Lapland’s most unique and rare wildlife like moose, reindeer and arctic foxes.

The short trip to Abisko is one of the best “can’t miss” experiences during your visit to Kiruna! 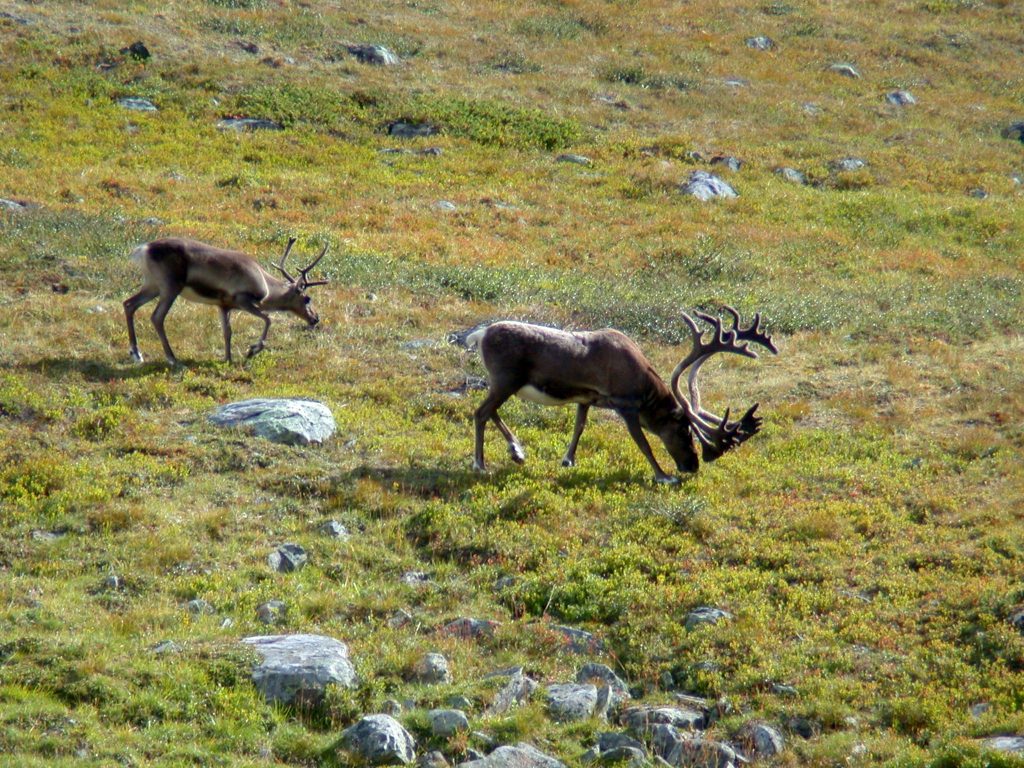 Swedish Lapland and its surroundings are the perfect destination to meet the magnificent animals of the north, like reindeer and moose.

You might see a reindeer in Kiruna and in the area at any time of day or night, but the best way to meet the reindeer is to head out to the Sami Camp. You can learn about reindeer, which is an important part of the life of the Sami people. Sami culture is a fascinating part of Swedish Lapland, and definitely worth the trip to get to know the indigenous people of the area.

We visit with our guest the Sami Camp in Kiruna. You can feed the reindeers and learn about Sami’s culture!

From Cristina: When you go, be sure to stop by the café in the Camp where you can try authentic (and delicious) Sami food. My favorite are chocolate cupcakes with cloudberry cream… so yummy!

The Kiruna church is one of the largest wooden buildings in Sweden. It was built in 1912 by the LKAB mining company in a Gothic Revival style, and showcases the work of many famous Swedish artists.

In the future the church will have to be relocated to the new city center, but for now you can still see it in the picturesque old city center. Every effort is being made to preserve not only this important piece of Kiruna’s history, but also the vibrant culture of Kiruna past and present.

It can get cold in the Arctic Circle, and taking advantage of a sauna experiences is a classic Swedish luxury. The Hotel Camp Ripan has a spa with saunas, hot pools, and a jacuzzi. You can enjoy the Northern Lights from the comfort of your jacuzzi.

After enjoying a dinner in Camp Ripan’s restaurant, spend your evening soaking in a hot pool while the Aurora is dancing above your heads!

From Cristina: I am always jealous of visitors to the spa, because I have never seen the Aurora from the jacuzzi–I’m always out on a tour, of course! But, I never miss the opportunity for a girls’ day at the spa. Here’s a tip, don’t forget to ask for the spa bucket that includes birch leaf scrub, foot salts with juniper berries, lemon and sea salt, coffee scrub and so much more. You will never want to leave.

Thank you for reading our guide on visiting Kiruna! We hope you enjoy your trip, and that you follow some of the tips you see here. We look forward to seeing you on a Lights of Vikings Tour soon! 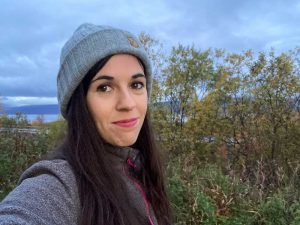 Co-founder of Lights of Vikings